Staying on track with technological advancements seems crucial nowadays, especially for the leading developers in the field of daytime and thermal optics. With the release of the new Thermion Duo DXP50 which is a part of a popular Thermion series first introduced in 2019, Pulsar has not only maintained its place among the leading optics manufacturers but has proved once again its eagerness for creativity and innovation.

Being the first of its kind, Pulsar Thermion Duo DXP50 is a multispectral hunting riflescope with an aluminum-alloy housing, combining the option of daytime observation in full color with the practicality of thermal imaging detection at any time of the day.

The Sinergy of Tradition and Ingenuity

For any loyal Pulsar product user, it is not news that their Thermion series hit the ground running with its technological superiority over conventional riflescopes available at the time. The Thermion Duo DXP50 carries on the legacy of its predecessors by retaining the traditional form factor of a hunting riflescope, adding to it numerous technological advantages. The visual aesthetics of a classic hunting riflescope allow for flexibility in mounting the Duo on a variety of hunting weapons by using the proven scope mounts with 30mm rings.

Combining the Best of Two Worlds

The powerful 4K resolution CMOS 3840x2160 digital sensor allows for detailed object identification during the day. However, this digital image mode available in eight different color palettes is only usable during daytime hunting conditions as the scope does not come with an IR illuminator.

The 17 µm thermal imaging sensor with 640x480 pixel resolution and <25 mK NETD is manufactured in Europe. It ensures reliable detection and clear identification of the target, accurately depicting the details of a surrounding landscape. Thermal mode is primarily designed for night hunting conditions but is also intended to be used as an auxiliary mode in harsh weather conditions. The Duo DXP50 features the IPX7 waterproof rating and thanks to the durable AMOLED display it is highly resistant to a wide range of temperatures - from -25 to 50°C (-13°F to 122°F). An object with a height of 1.8m is detected at 1800 meters in total darkness, demonstrating the exceptional detection range of the device.

The Simultaneous Use of Both Channels

One leading-edge feature elevating the new Duo DXP50 to the very top of its class is the Picture-in-Picture mode allowing for simultaneously displaying images of both channels with an option of choosing the primary channel which is displayed as a larger picture. Users can switch between the thermal and daytime modes with a click of a button. Both channels can be zeroed in with a one-shot freeze function and have the option of 8x digital zoom, without losing the image quality. The focus of the observed object is not compromised in any way as the field of view is identical for both thermal as well as a daytime digital channel. There are focusing knobs on both sides of the scope, allowing right and left-hand users the best experience. With one of the fastest start-up times on the market, DXP50 is powered on and ready for use in just 4 seconds after pressing the power button.

Time and again, the users of thermal or night vision devices express concern about the battery life. Pulsar came out with a clever solution to prolong the battery life and grant users a carefree hunting experience. The Duo DXP50 is powered by two rechargeable batteries - the primary built-in one with 4.9 Ah capacity and a secondary 2 Ah one that is removable and can be quickly swapped with a fully charged battery.

Together they allow for 6 hours of battery life on a single charge during active use of the scope. The built-in battery acts as a backup and keeps the scope powered on while replacing the external one. APS2 or APS3 batteries can be used to power the device both of which are available on the market at an affordable price.

Once the scope is zeroed in, an individual setting can be saved into a shooting profile. There are five shooting profiles accessible in the menu of the device, each capable of holding up to ten zeroing positions. In every profile, several sub-settings can be found such as the reticle color, reticle type and a set of zeroed distances. Choosing between shooting profiles comes in especially useful when using the scope on multiple rifles or switching between different cartridges. The Duo is high impact resistant and can withstand recoil from calibers like 9.3x64, .300 Win. Mag., .375 H&H without trouble.

Pulsar Thermion Duo DXP50 does not in any way fall behind other Pulsar digital devices. It is fully compatible with the Stream Vision 2 mobile application which is supported both on Android and iOS devices. The scope connects to the device via an improved Wi-Fi module with 2.4 / 5 GHz waveband support that provides increased connection stability, higher data transmission rates, more reliable noise cancellation and better bandwidth. With 16 GB of internal storage, the scope supports photo and video recording. Once the photo is taken or a video recorded, the files can be simply transferred to any digital device.

On a final note, it all comes down to the price. The Thermion Duo DXP50 is currently available on the market for the price of 4,890.00 €. The way we see it, Pulsar yet again managed to merge innovativeness with functionality by introducing a device based primarily on the customer’s needs. It goes without saying that the targeted clientele is most likely accustomed to high-end devices with countless quirks and features, which Duo undeniably offers. Customers will be happy learn that the scope is fully developed and manufactured in the EU. It is unlikely that a product from a reputed brand such as Pulsar may cause you any major problems. Nevertheless, in case of malfunctions the device will be taken care of by the experts in one of Pulsar’s repair centers located in the EU.

With a rapid pace of technological development in the field of sports optics, we would like to see an integrated laser range finder added to the DXP50 which would surely appeal to many lifelong users of Pulsar products. In the future, a built-in IR illuminator for night vision would also be an interesting upgrade, as it would drastically broaden the usability spectrum of the scope. Should such an upgrade eventually take place, adding a fusion mode to the device would seem almost vital.

Apart from that, we stand by our claim of Pulsar Thermion Duo DXP50 bringing something avant-garde, fresh, and intriguing to the market. With its introduction, Pulsar unquestionably broke new ground and set the foundation for the future development of multispectral devices. 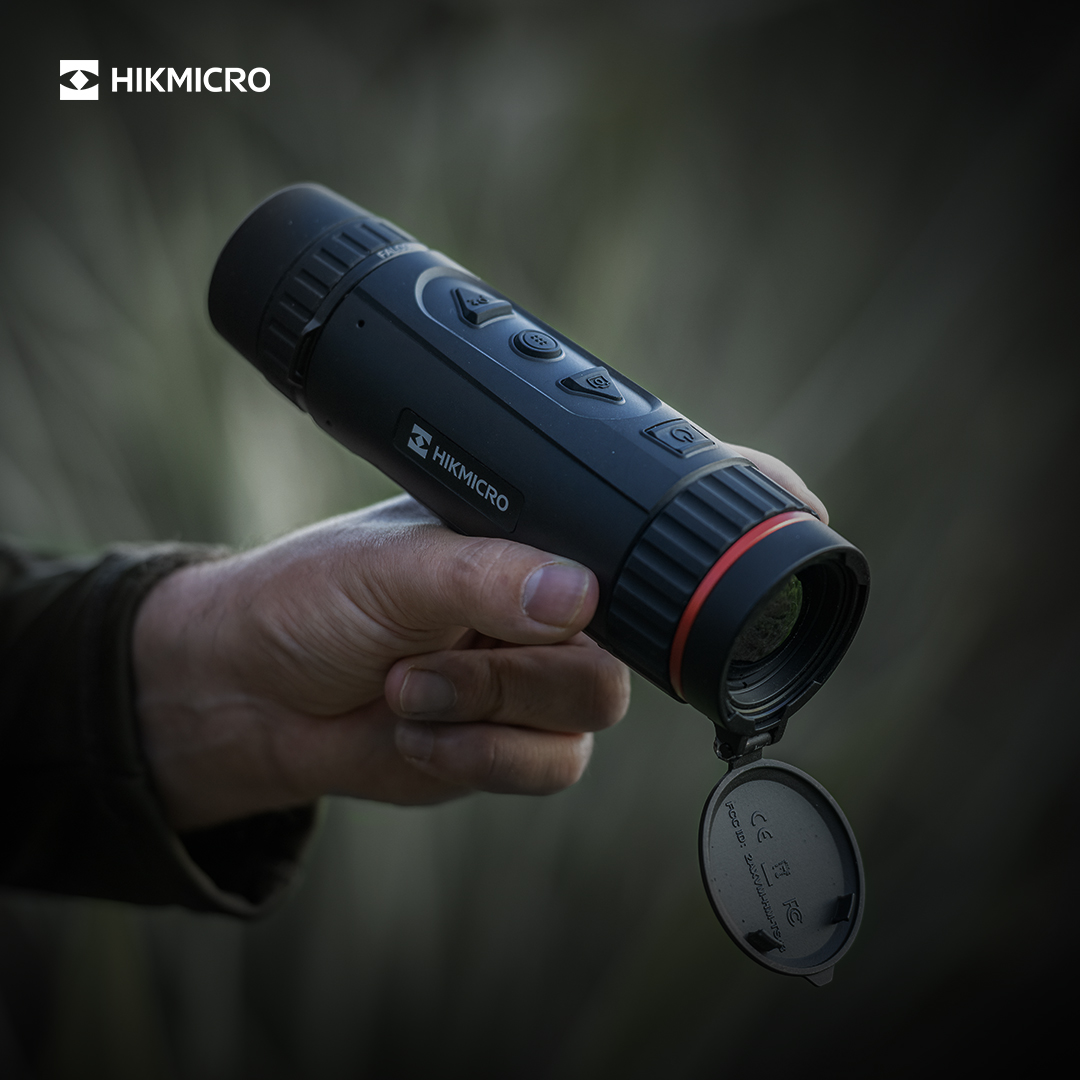 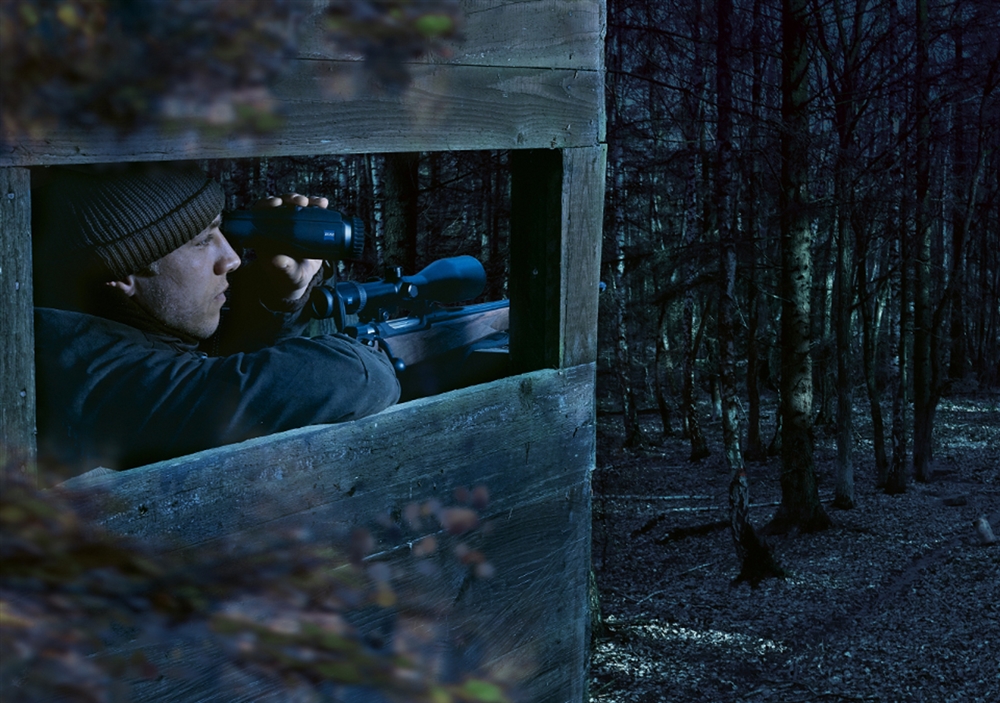